More than 40 million people worldwide are subject to modern slavery including 25 million victims hidden within global supply chains. Therefore, it is vital that businesses understand modern slavery risks and their procurers take action to combat this within their supply chains.

No country is immune to modern slavery, but it is most prevalent within the Africa, Asia and Pacific regions. Modern slavery also impacts all industries and sectors, however, it is more common in the agriculture, domestic work, construction and manufacturing. It is also common in the production and distribution of products such as ICT hardware, garments, fish and cocoa.

More than 25 million modern slavery victims are hidden within global supply chains and many businesses, investors and customers are unknowingly supporting the continuation of these practices. The prevalence of modern slavery in supply chains has been further exacerbated by the COVID-19 pandemic due to increased vulnerability factors. This includes unemployment, lost livelihoods, increased business pressures; and this has weakened efforts to identify and address modern slavery risks.

In 2011, the United Nations Human Rights Council endorsed the UN Guiding Principles on Business and Human Rights. This was the first globally recognised framework to prevent, address and remedy human rights abuses committed in business operations. There are also other supporting standards such as the ILO’s forced labour conventions and the Organisation for Economic Co-operation’s (OECD) Guidelines for Multinational Enterprises that support responsible business conduct.

These international instruments have been endorsed by many countries and organisations worldwide. In addition, several countries have enacted domestic legislation requiring organisations to undertake and report on actions taken to prevent modern slavery in their operations and supply chains.

The United Kingdom led the way with its Modern Slavery Act 2015 by requiring large commercial organisations to report on the steps taken to deal with modern slavery risks in their supply chains and business. While the UK Act has led to greater risk awareness and thousands of organisations taking positive action, its limited requirements and poor compliance has led to criticism. Several reviews of the UK Act were undertaken and in June 2021, the Modern Slavery (Amendment) Bill was introduced to the House of Lords which proposes new requirements on businesses and public bodies to tackle modern slavery.

The Australian government took a stronger approach to supply chain transparency with its Modern Slavery Act Cth (2018). This Act requires the federal government and large companies to prepare annual publicly available statements which address seven mandatory criteria. A review of the Australian Act is currently underway which will consider its operation so far and if improvements to the Act or compliance are necessary. The Australian State, New South Wales’ (NSW) also implemented its Modern Slavery Act 2021 (Amendment Act) which commenced on 1 January 2021. In addition to the Federal Act’s obligations, the NSW Act imposes supply chain transparency reporting obligations on NSW state-owned corporations and established an Anti-slavery Commissioner.

Several other jurisdictions have also implemented (or are in the process of implementing) legislation to combat modern slavery in supply chains including California (United States of America), Canada, France, Germany, New Zealand and Norway.

Businesses are increasingly doing more to combat modern slavery in a response to growing compliance obligations, corporate commitments and increasing expectations from stakeholders. Some of the key trends ArcBlue has noticed from our work and discussions with clients and our networks are:

So, what can you do to help eradicate modern slavery?

If modern slavery is suspected or found in supply chains, it is vital that procurers respond to it in an appropriate, timely, and considered way. This may include seeking support from appropriate advisors, law enforcement agencies and ‘on the ground’ experts to substantiate allegations and take actions that prevent further harm to victims. If it is found that an organisation has caused or contributed to exploitation within its supply chain, it should assist with remediating the harm. It should also carefully consider the potential negative flow on impacts if they were to immediately end commercial relationships with risky suppliers and first seek to work together to combat modern slavery.

ArcBlue is at the forefront of social and sustainable procurement and has supported a range of clients with modern slavery awareness training, supply chain risk assessments and practical policies, tools, templates and resources for implementing modern slavery considerations within procurement.

*Note: This article contains references to legislation and standards which were correct at the time of writing. 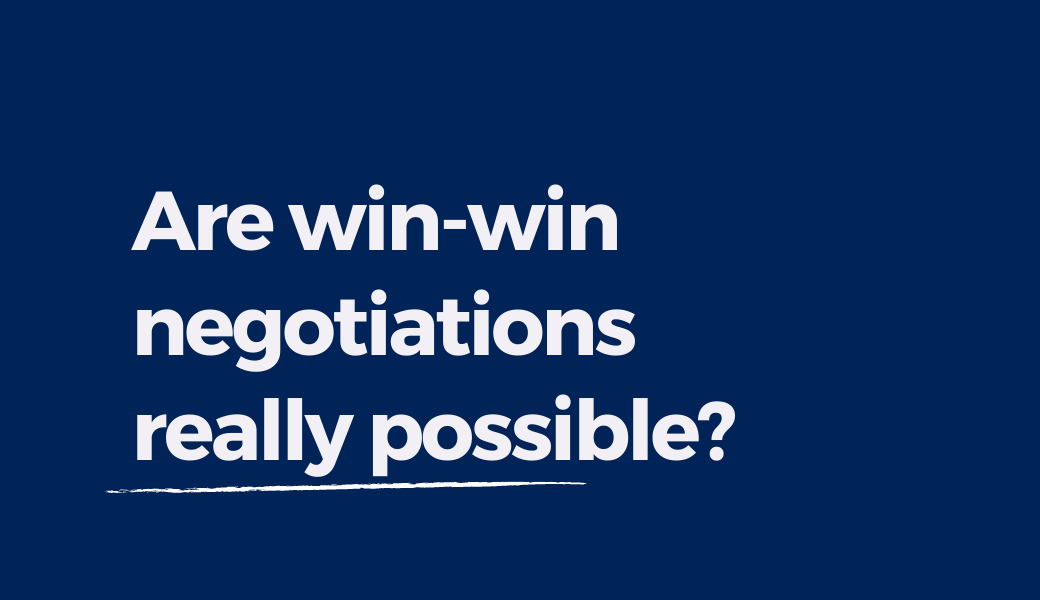 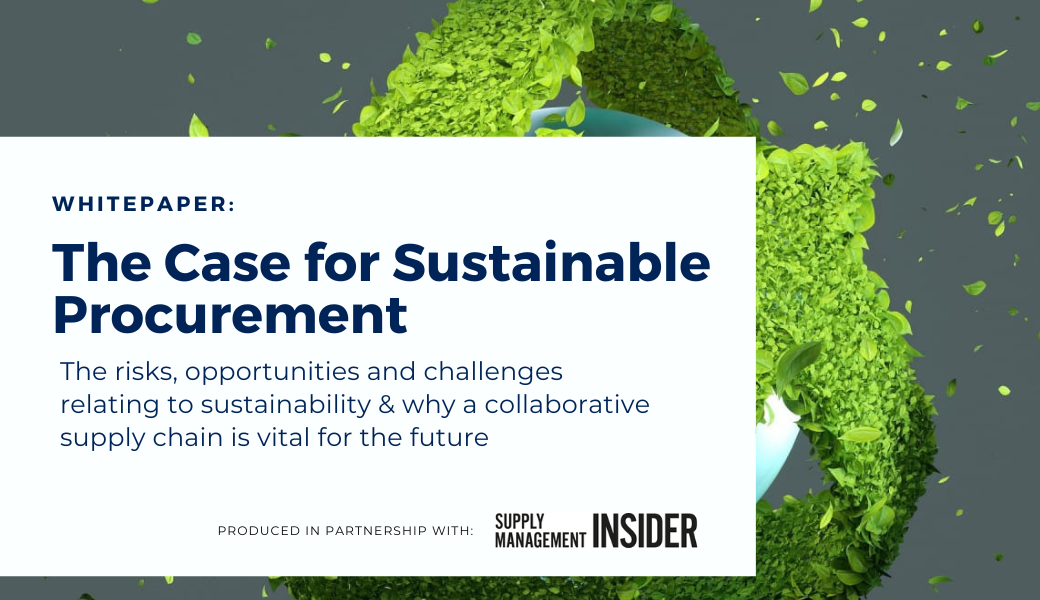 Whitepaper: The Case For Sustainable Procurement

Read our whitepaper, produced in partnership with Supply Management Insider: The Case For Sustainable Procurement: generating value for people, planet and the bottom line - the risks, opportunities and challenges relating to sustainability, and why a collaborative supply chain is vital for the future.
READ 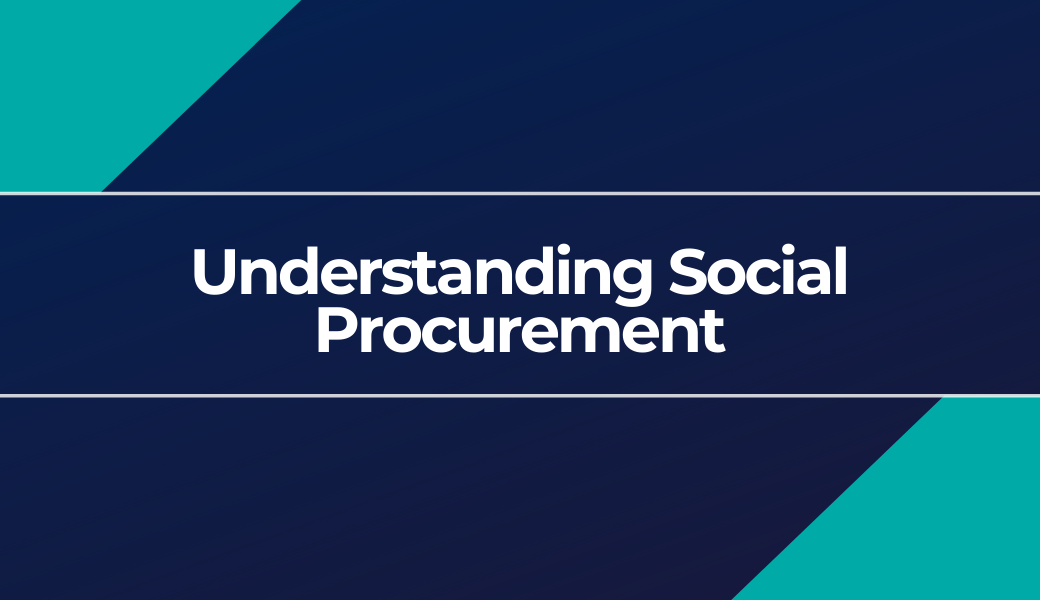 Many organisations have implemented social statements into their vision & values and are asking procurement to align the sourcing process to meet the organisation’s objectives.
READ 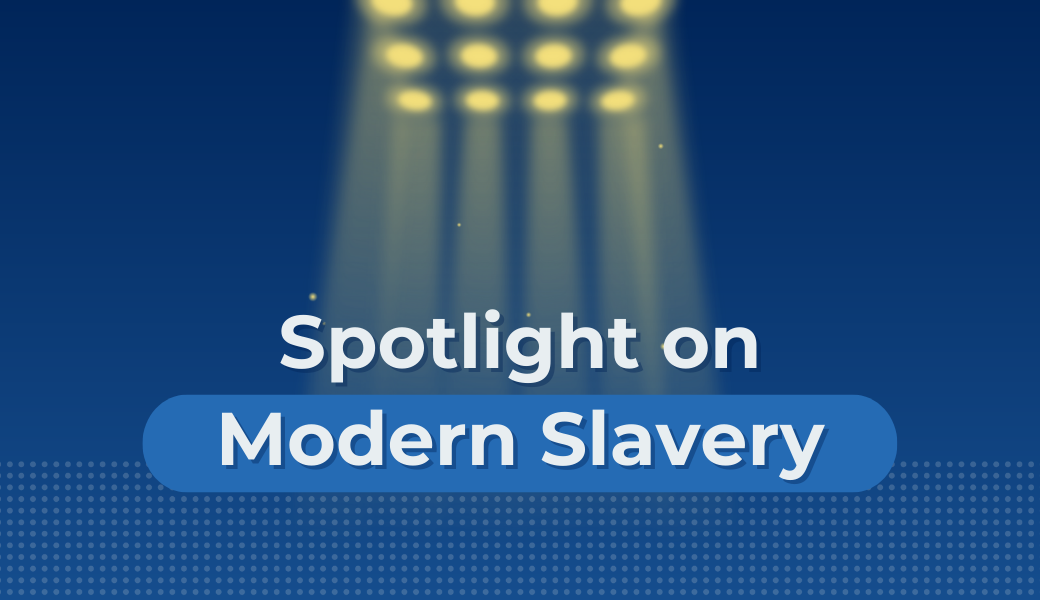 More than 40 million people worldwide are subject to modern slavery including 25 million victims hidden within global supply chains. Therefore, it is vital that businesses understand modern slavery risks and their procurers take action to combat this within their supply chains.
READ 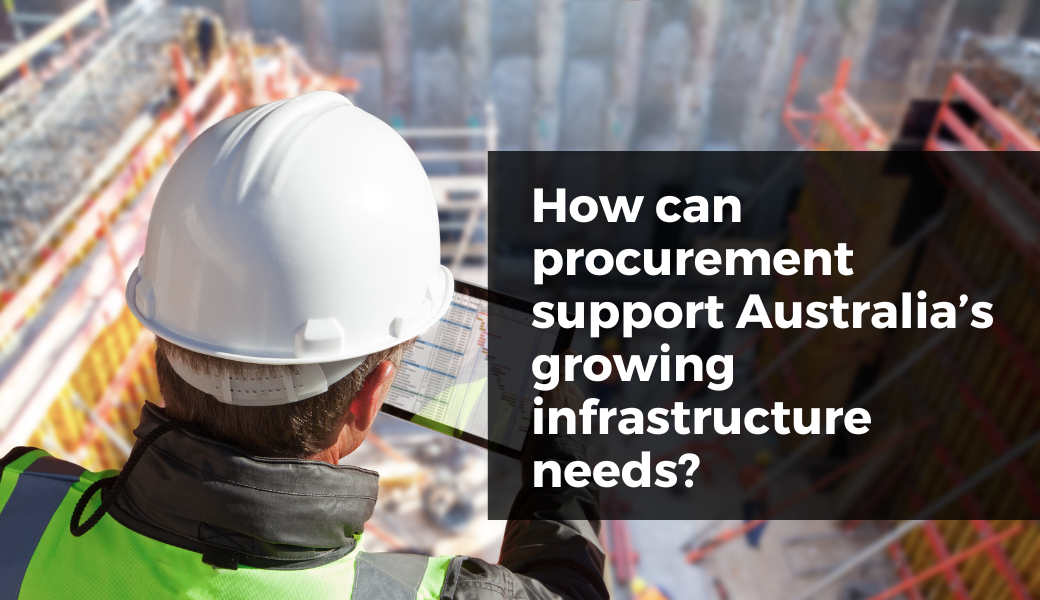 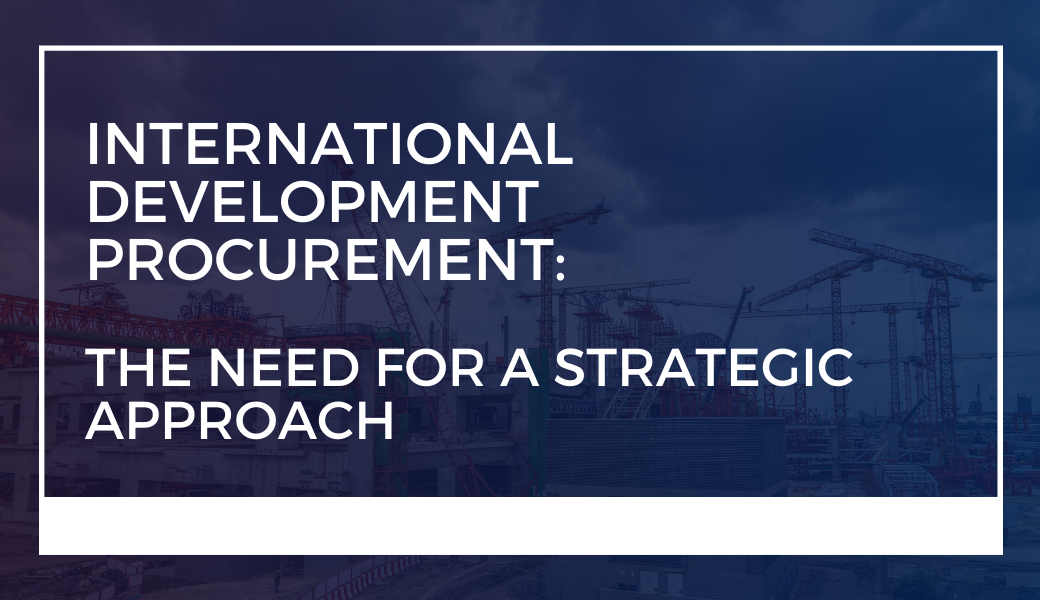 International Development Procurement: The Need for a Strategic Approach

Why is strategic procurement so important for International Development? Chris Gunn explores the current dynamics in this space.
READ 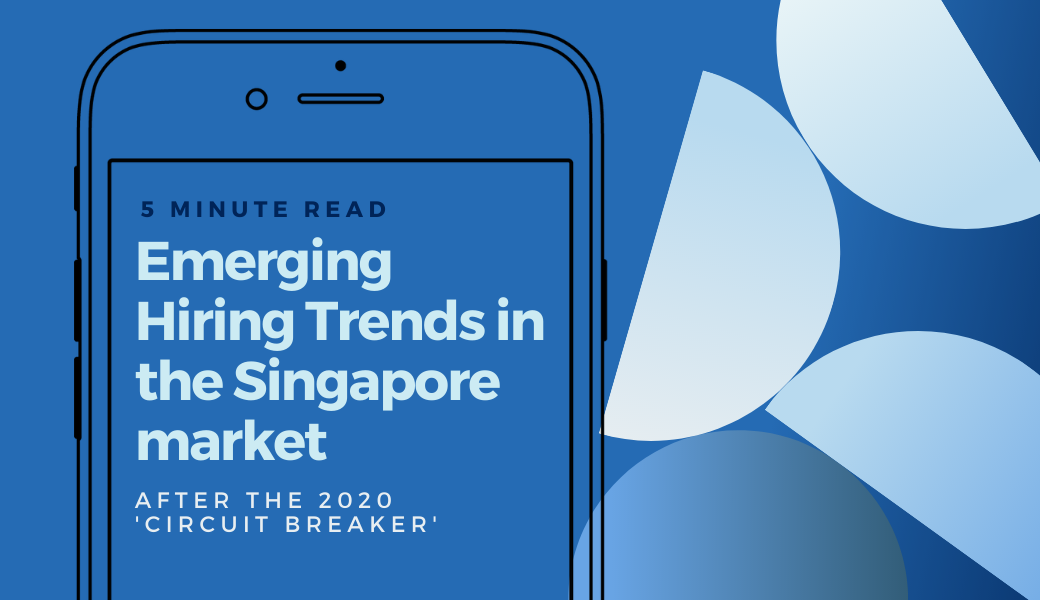 The COVID-19 'Circuit Breaker' in Singapore started in April 2020 and last for almost two months before it was lifted on 1st June. Here are our observations on the trends in the Singapore job market post the circuit breaker period...
READ 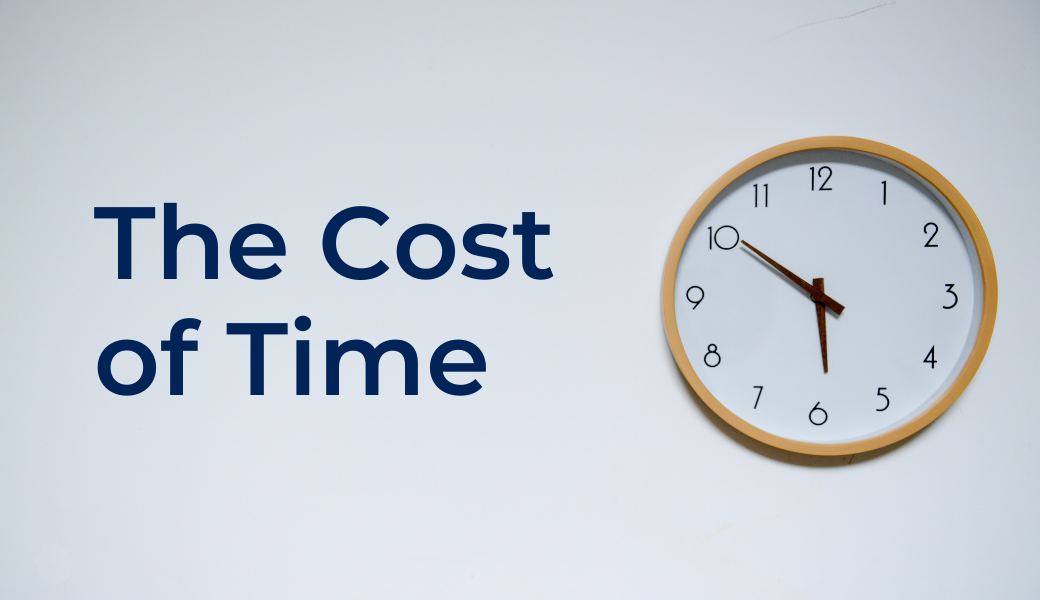 The Cost of Time

Do you know what the cost of running out of time is for your procurement projects? Justin Sara & Fiona Nissen explain the cost of time in this article, and offer tips to avoiding the last minute procurement crunch.
READ 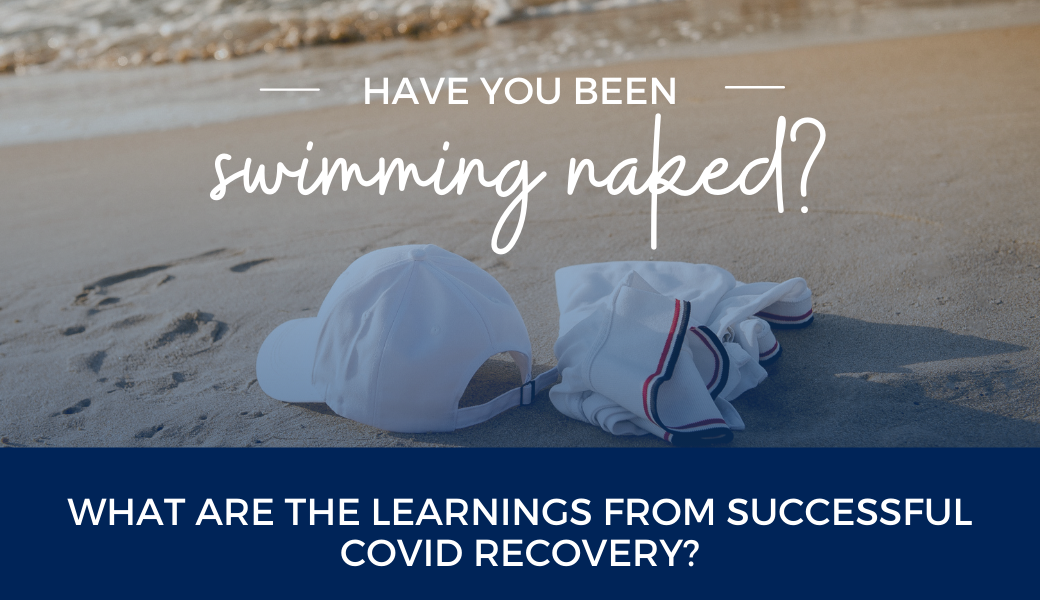 Have you been swimming naked?

Times are unprecedented these last few months, especially for procurement and supply chain teams. Some organisations are coping better than others to ride the storm. What lessons can be learned?
READ 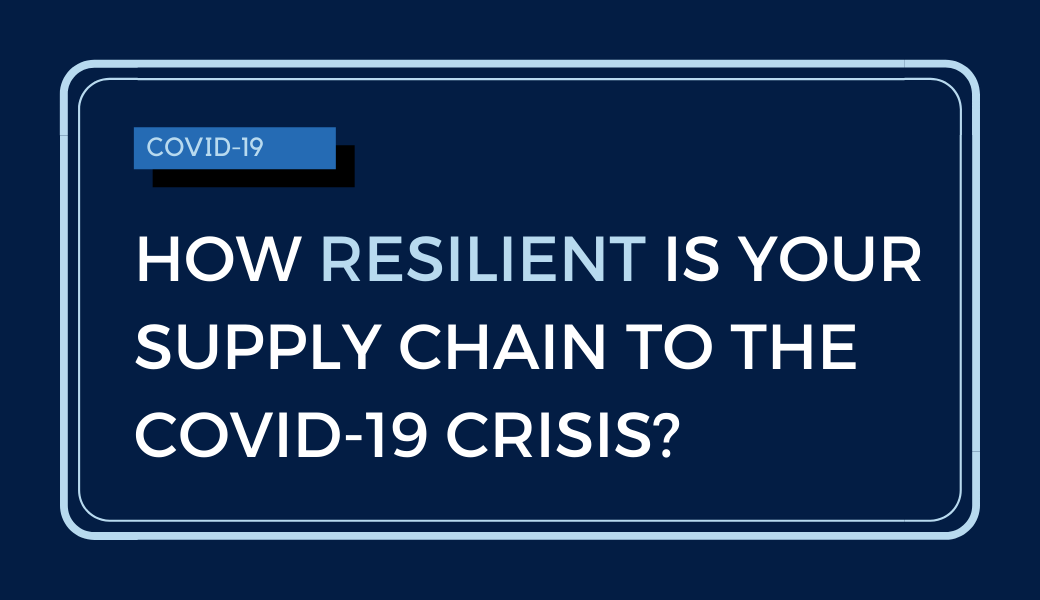 How resilient is your supply chain to the COVID-19 crisis?

In this article, we share our Supply Chain Risk, Resilience and Recovery (Supply Chain RRR) roadmap to help guide procurement functions and supply chains through this catastrophic event.
READ 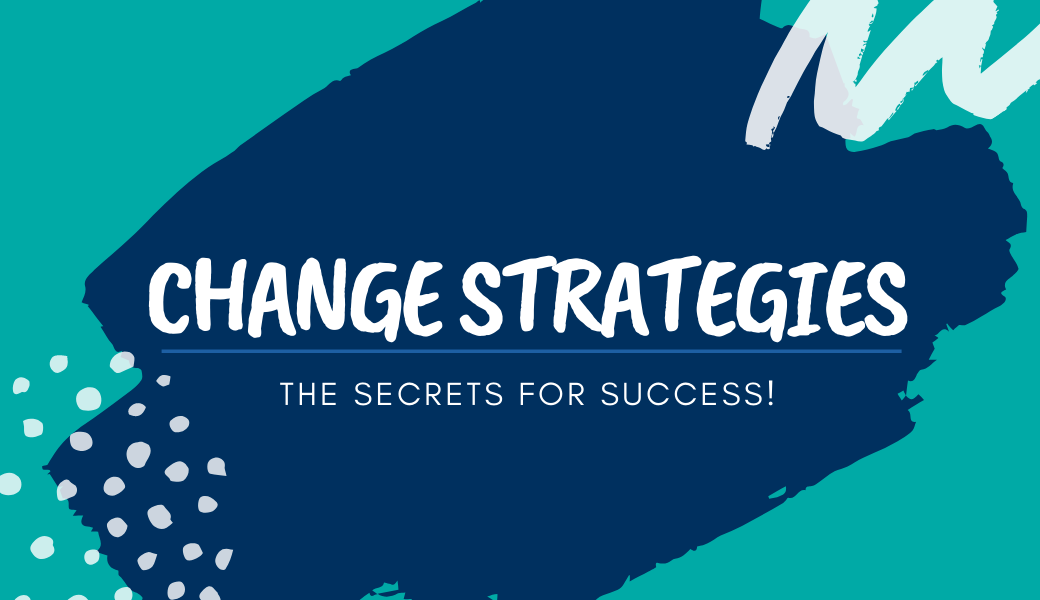 The Secret to Successful Change Strategies

Between 60% – 70% of change initiatives are reported to fail. Senior Consultant Kerrie Anson discusses how to develop a effective change management strategy and how to measure success.
READ 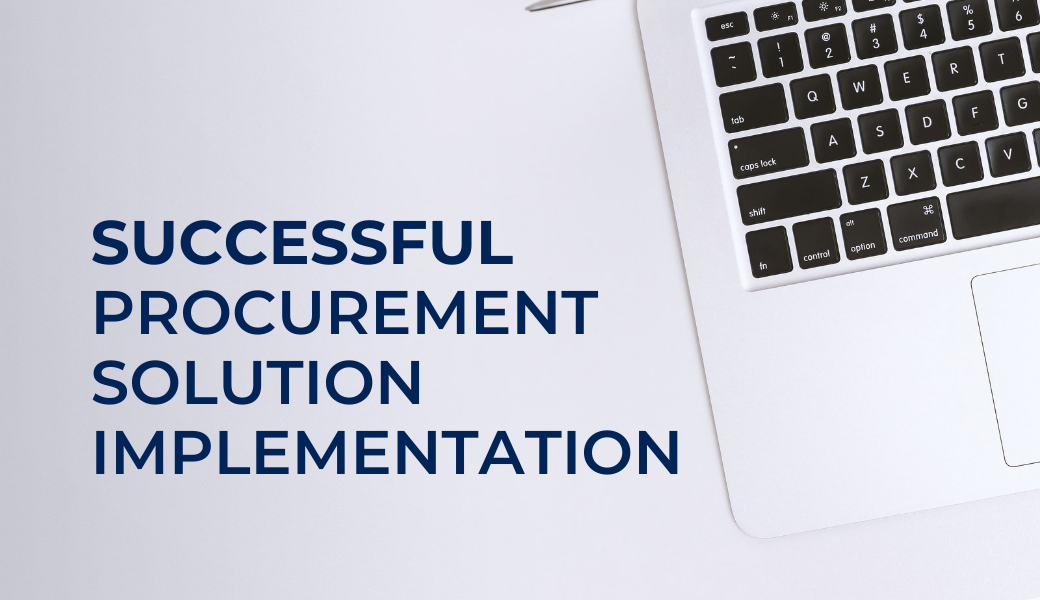 Many organisations struggle when it comes to initiating and implementing IT change. Read how you can develop an effective change strategy when implementing procurement tech solutions.
READ 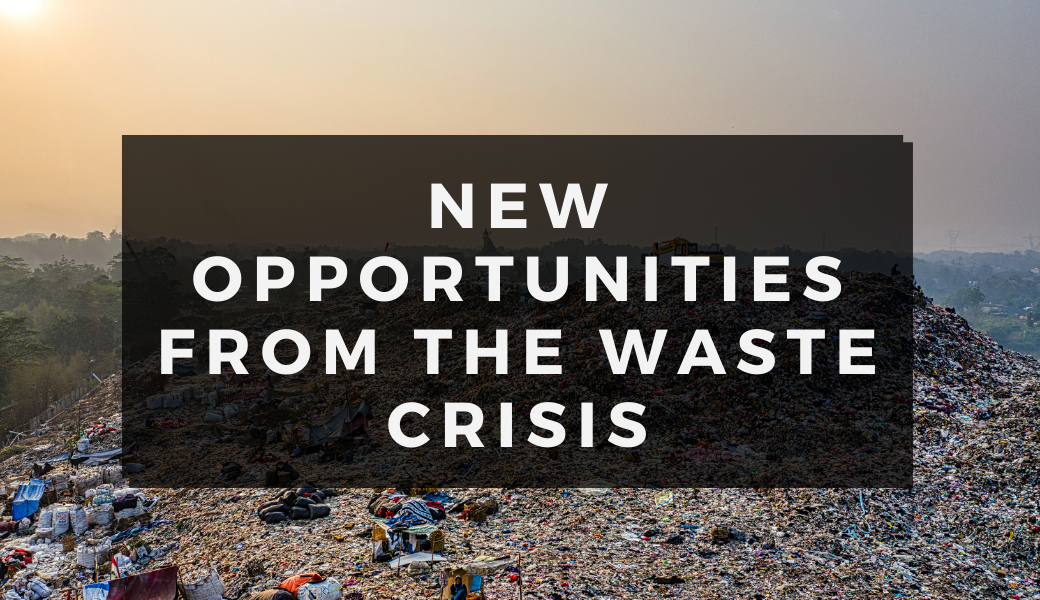 New Opportunities from the Waste Crisis

There is a waste crisis in Australia at the moment. This article explores what is happening, how you may be able to help, and insight into the potential for the country to benefit from the crisis.
READ 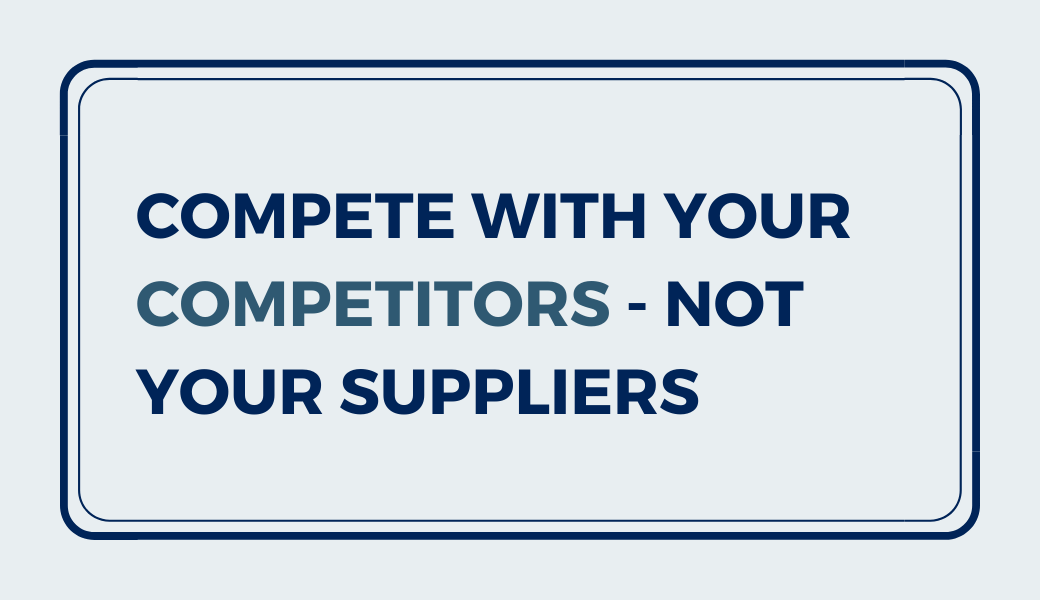 Compete with competitors, not suppliers

Procurement is about providing value, providing a service and managing complex supply chains. This article discusses how you can benefit from working openly and collaboratively with suppliers.
READ 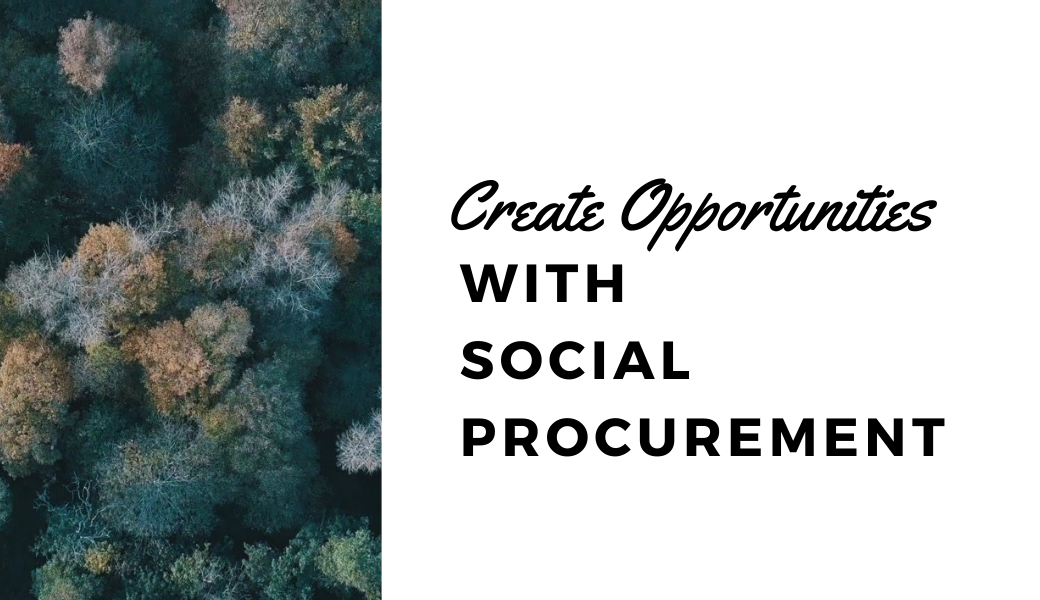 The definition of "value" in New Zealand has now been extended to include social and sustainable outcomes. Managing Consultant Fiona Nissen discusses how organisations can become social procurement ready.
READ 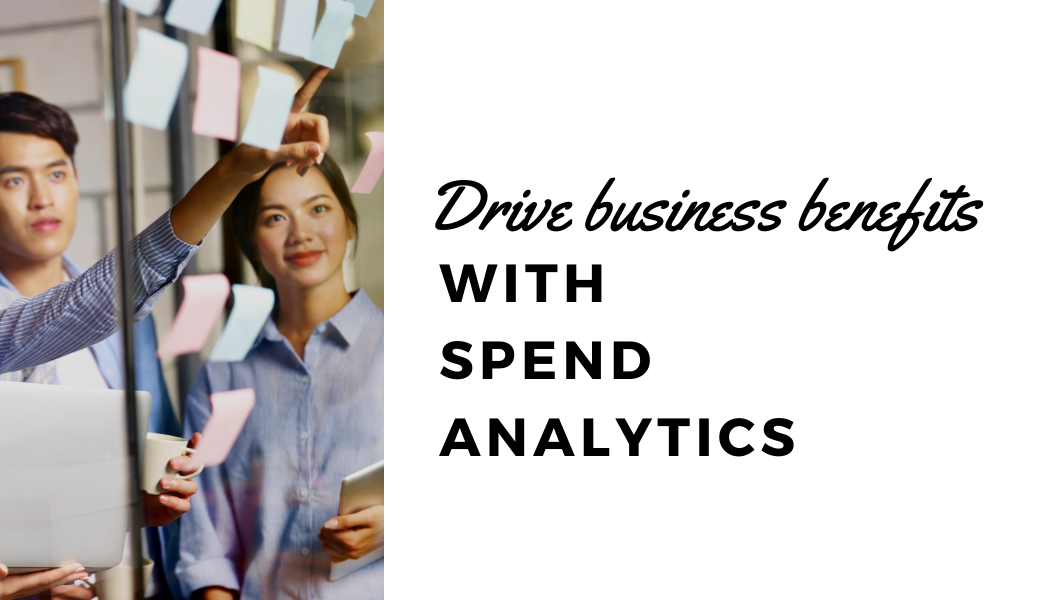 We live in a data driven world, to the point where data-based decision making is now mainstream. Read how understanding how your business spends money using analytics can drive business change.
READ 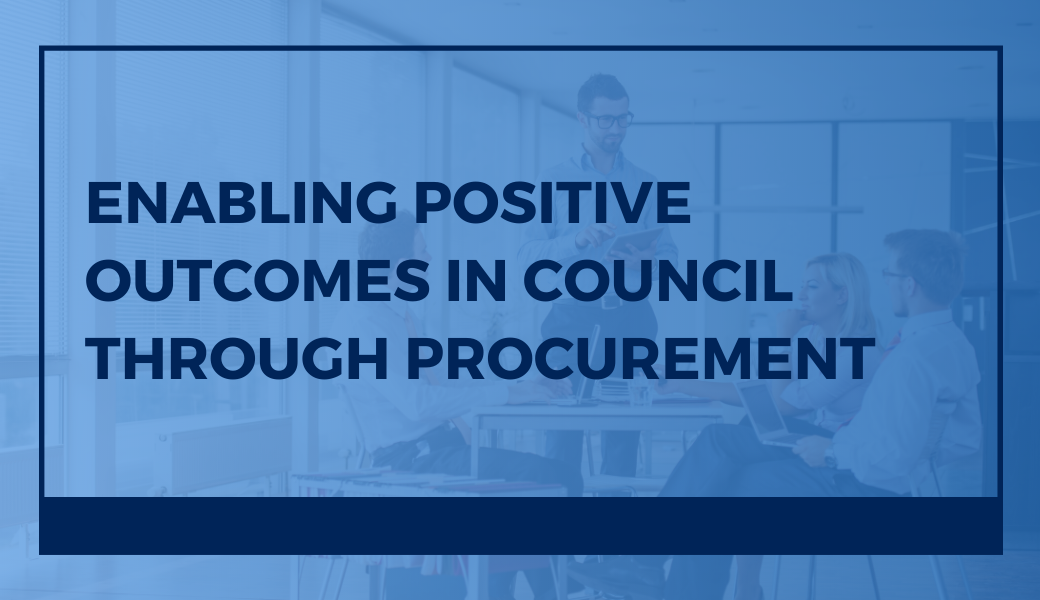 Managing Consultant Fiona Nissen explains why having a robust procurement strategy that is aligned to your business strategy is key in enabling your council to deliver high quality community services.
READ 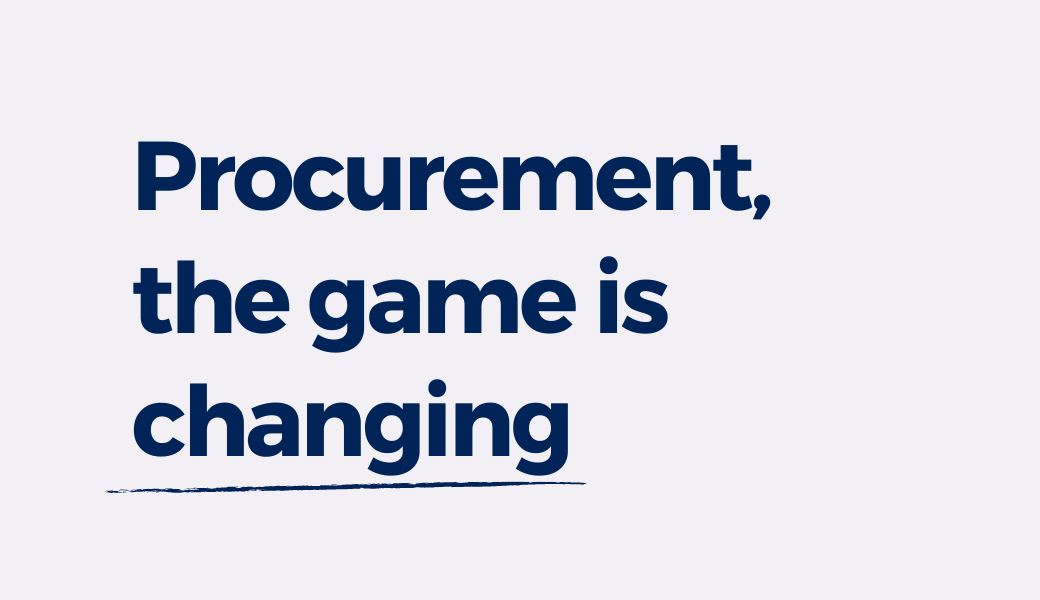 Procurement, the game is changing

Managing Director Dan Fielding explores how procurement needs to change to adapt to a new business environment. Do we need to shift the thinking about the way procurement is operating?
READ 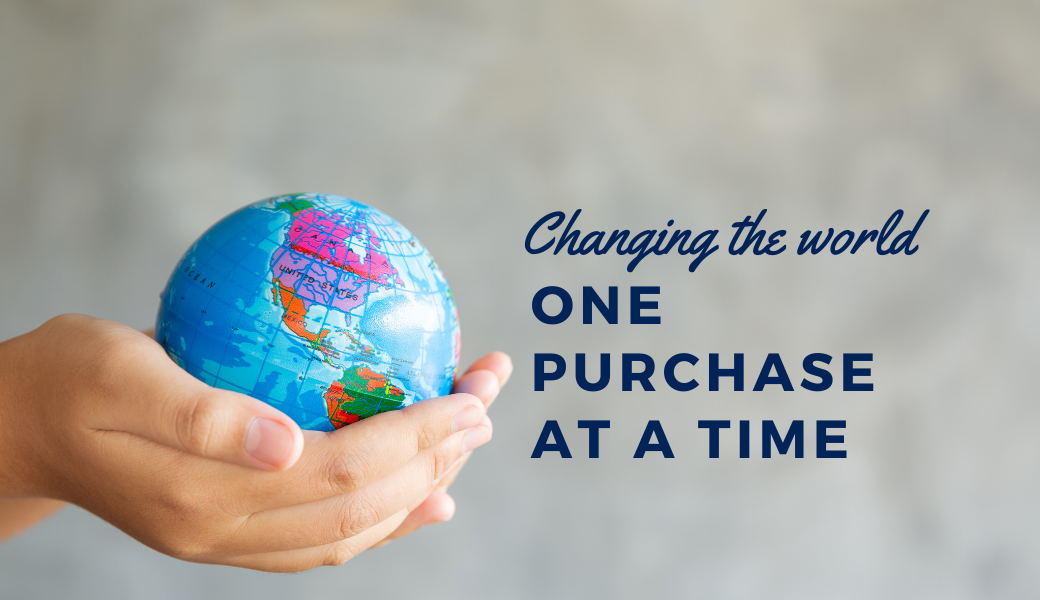 Changing the world one purchase at a time

Managing Director Chris Newman provides background and insight into the fast-emerging field of Social Procurement and outlines ways in which it can be implemented across organisations.
READ 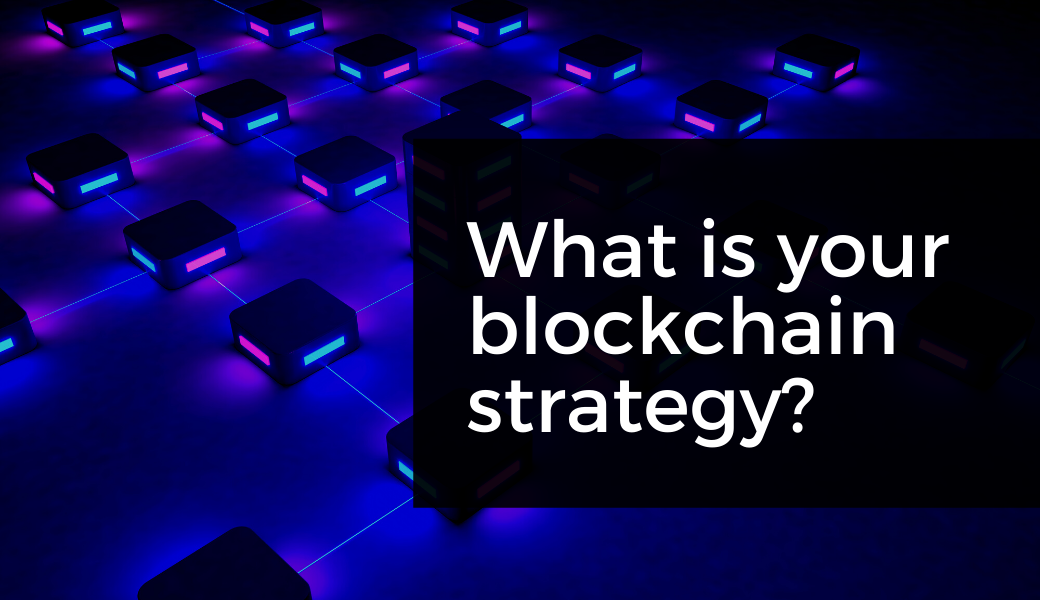 What is your blockchain strategy?

"Blockchain is a really interesting technical solution in search of a problem to solve." Senior Consultant Emerson Boyle explores if Procurement leaders need to have a blockchain strategy.
READ
Modern Slavery
Spotlight on Modern Slavery2022-08-152022-11-21https://arcblue.com/wp-content/uploads/sites/17/2022/02/arcblue-new-bain-logo-small-1.pngArcBlue.comhttps://arcblue.com/wp-content/uploads/sites/17/2022/08/top-10-templates-articles-refresh.png200px200px 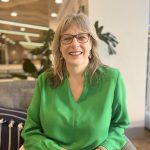 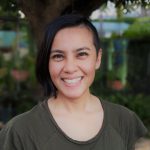